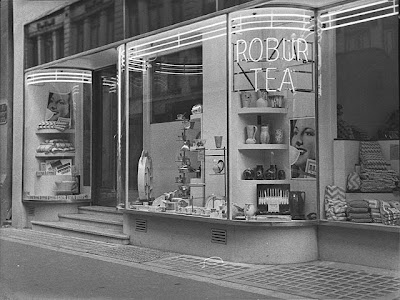 So after I popped into Max Factor for some new Pancake, this shop caught my eye, as I'd saved a lot of my Robur coupons and those rugs (?) looked rather appealing.

Or I could stop in for a cup of tea at the Robur cafe: 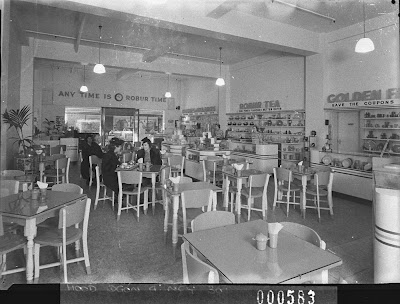 But I doubt I'll see the elephant today: 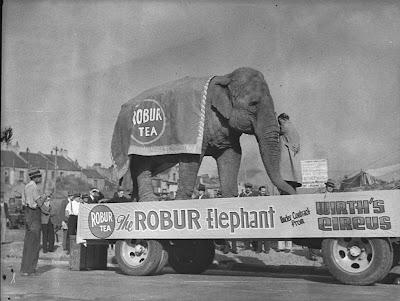 But you never know: 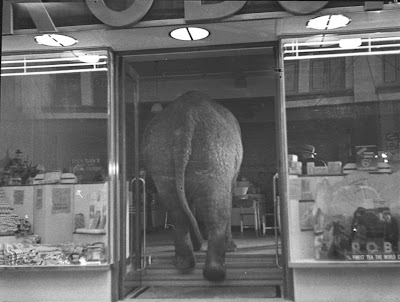 Apparently he's fond of a cuppa: 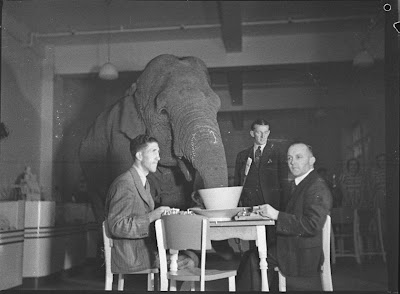 And a cucumber sandwich: 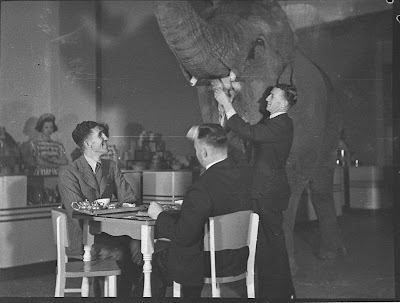 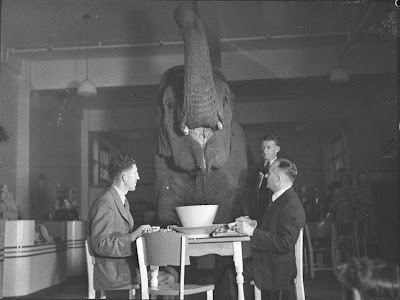 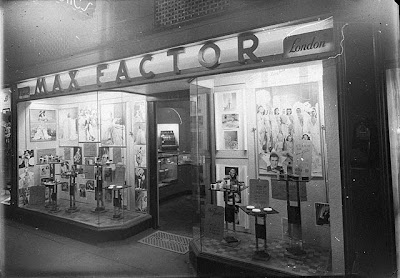 Now this one makes me want to go and buy some makeup. Not like today's scary make up counters with their intimidating orange faced ladies or the self-serve section at the local K-Mart, where you're more like to find Max these days. Max Factor cosmetics, Her Majesty's Arcade, Sydney. I'm not familiar with Sydney at all, so I wonder if the store front still looks similar? Anyone know? I love the Moderne styling!

Image source.
Caption:
The advertising in this window is a film tie-in. The musical 'Ziegfeld Girl' was released in the US in 1941 and starred James Stewart, Hedy Lamarr, Judy Garland and Lana Turner.
2 comments:

I found this pic this morning and just had to share. 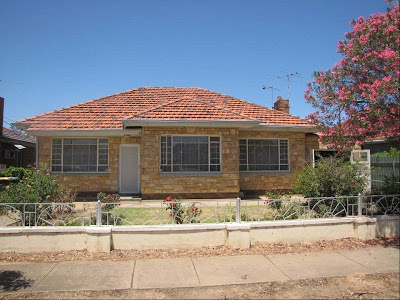 I'm planning a move this year, so I've been looking at real estate sites. And I love it when you find a cute looking house that still retains some original features. Behold this cute 40's/50's house in Adelaide: 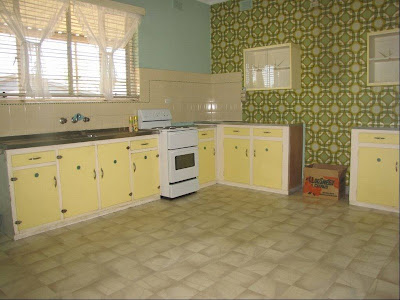 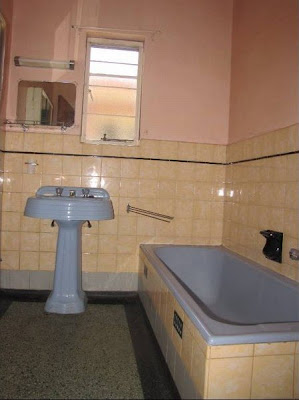 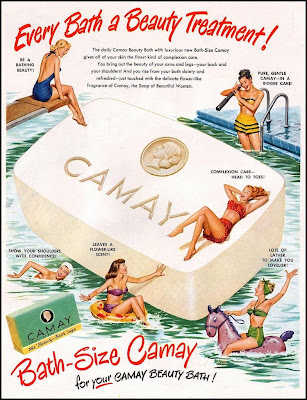 I've been very remiss with my posting, and yes, I apolgise...had a few ups and downs but now I'm a single girl. And in the spirit of washing that man right outta my hair, here's a soap ad. 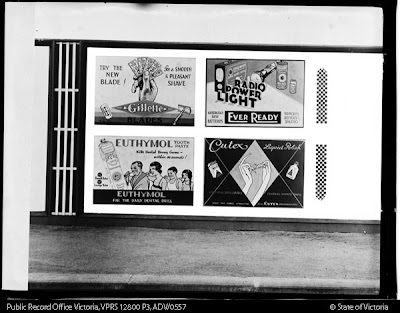 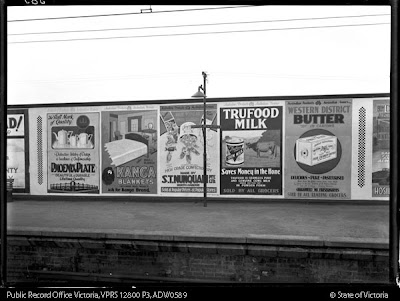 Looking through some archival photos online, I found these great sets of ads on a railway billboard.
Oh how I wish posters were still as elegant as this.
Image source
Image source
No comments:

Oh, so much Deco loveliness! Can I move in?

my scrapbook of favourite vintage things and retro style collecting from a girl that should have been a war baby!